IN THE HERE AND NOW

FREAK IN A DRESS

Hospitality for refugees from Ukraine in Berlin 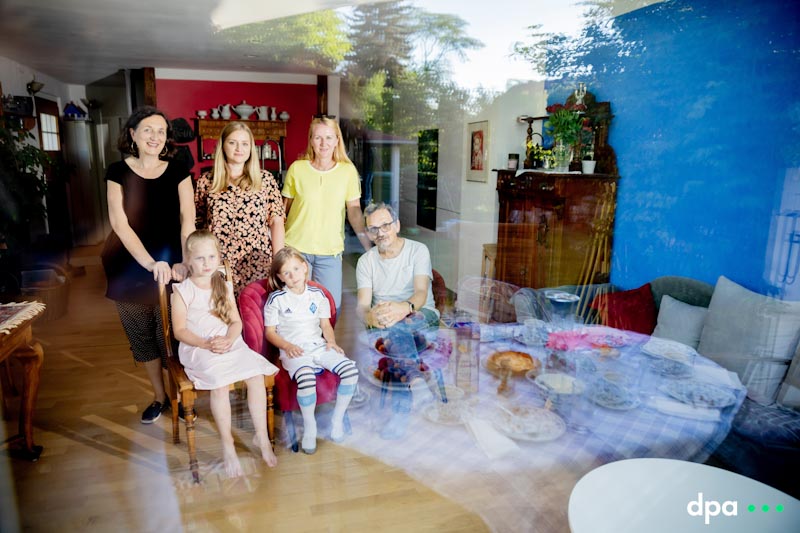 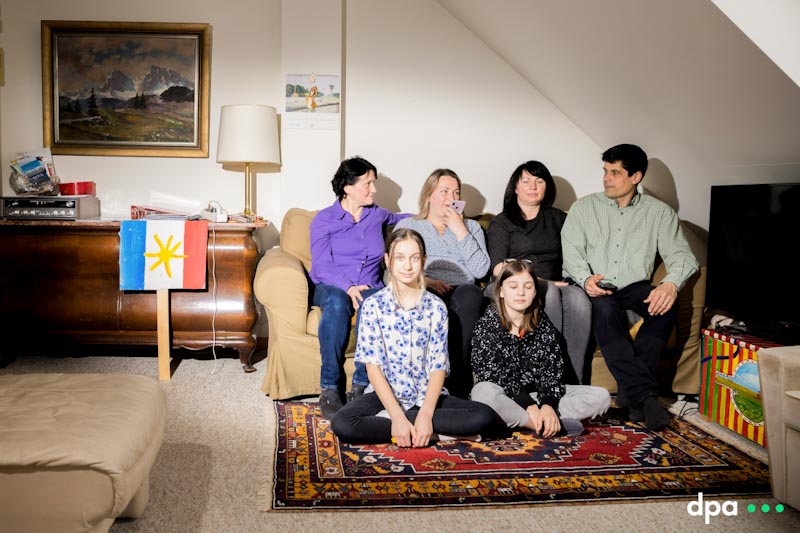 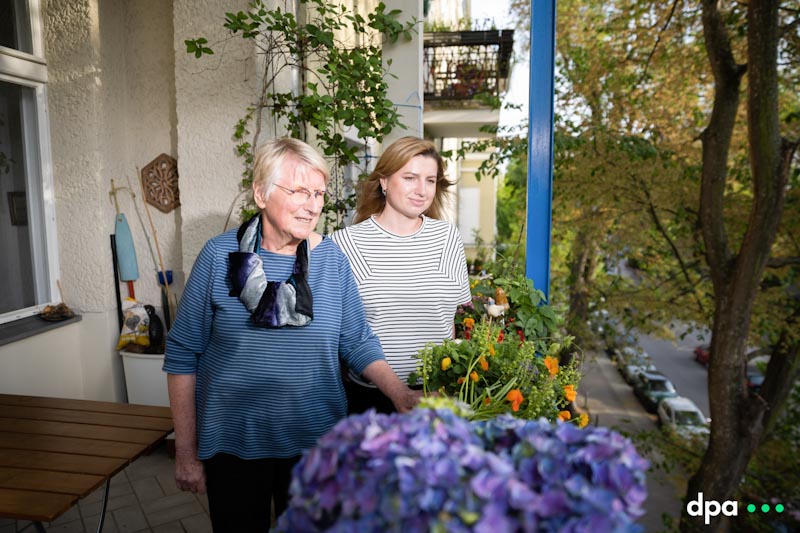 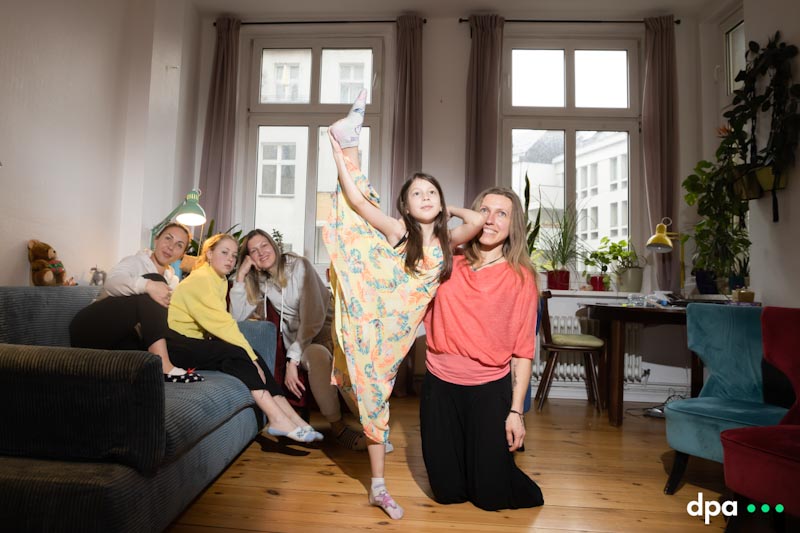 Yuliia (in the back m) and her 6-year-old daughter Yeva (front l) from the Ukraine are seen in the living room with their hosts Rosemarie (left in the back) and Alfons (right in the front). With them is Yuliia’s childhood friend Violetta (right in back) with her 6-year-old son Aron (front in the m), who, as a native Ukrainian, has been living in Berlin for many years and helped Yuliia to flee to Berlin. Yuliia has found her hosts through the contact of another friend. They come from the city of Zhytomyr, located west of Kyiv. Yuliia’s husband drove them to the Hungarian border, where they had to say good bye as he was not allowed to leave Ukraine. On the way, they saw smoke from attacks and were stuck in traffic for hours. «We were very afraid of being attacked», says the hairdresser, who used to specialize in festive hairstyles. After two and a half weeks in Hungary without being able to do anything, Violetta bought her friend Yuliia a ticket to Berlin. Every day Yuliia asks her how she should live here, Violetta says. Thinking about the future is difficult. To stay in Berlin and be safe with the daughter, or go back and keep the family together. Once, Yuliia’s husband said she should come back now, as things were quiet. The next day, the city was hit by 24 rockets. Daughter Yeva will now be registered for school in Berlin and at the same time in Ukraine, while mother Yuliia is already going to German lessons every day.

Hosts Christelle (l) and Robert (r) are seen next to the sisters Svetlana (2nd from left) and Marina (2nd from right), as well as their daughters Sofiia (lower l) and Diana (lower r), who fled the war in Ukraine. Svetlana uses a translation app for communication. The two sisters fled from Kyiv with their daughters and are now accommodated in their host’s house in an apartment which is normally used by the host’s parents. Both families share a friendship wich goes back common to stays in southern France, when Svetlana and Marina stayed with Christelle’s family after the Chernobyl nuclear disaster for recovery. The French flag with the sun on the left served as a sign of identification for the hosts when they picked up the two women and their daughters at Berlin Central Station.

Olha (m) and her hostess Ulla are seen on the balcony in Ulla’s apartment in Berlin-Friedenau. Olha from Kyiv witnessed the start of the Russian attack in February while on the night train. From inside the train the explosions seemed unreal to her, “like fireworks”, she says. The fear experienced during these first ours of war is still omnipresent. Before Olha came to her host Ulla, she lived in on the site of the former Karl Bonhoeffer Psychiatric Clinic in Berlin-Reinickendorf in a welcome centre for refugees. As a single woman she didn’t feel safe in the building where locking her room door wasn’t even possible. “At first I thought I’d only stay in Germany for a few days or weeks, but I know that all refugees think that way,” says Olha, who studied German and is fluent in German. At the star of the war, Olha stayed with her family in western Ukraine, near the border with Belarus. Her brother said she was a “Panikeurin,” someone who panicked easily. He urged her to go to Berlin via Poland. “If we all die, then you have to stay,” he said to her.

Hostess Monika (r) helps Elina (2nd from right) doing acrobatics as she sits with Kateryna (l) and her daughter Daria (2nd from left) and Elina’s mother Tanya (3rd from left) in the guest room, which used to be the living room. Both mothers are friends and fled together in mid-March from the city of Kremenchuk, located around 300km south-east of Kyiv. Their husbands drove them to the Polish border, from where they fled to Berlin and found their hostess Monika through a website that arranges private accommodation for refugees from Ukraine. Monika then picked her up directly at Berlin Central Station. The girls Elina and Daria are taking part in online lessons provided from home and will attend school in Berlin as soon as possible, says Monika, who has two children herself and works in educational counseling. Tanya, who worked in chemical laboratory, had to leave her 18-year-old son back home, who is not allowed to leave the country. With tears in her eyes, she says, that it is be very unlikely however, for him to be asked to serve in the army, as he has no fighting experience.